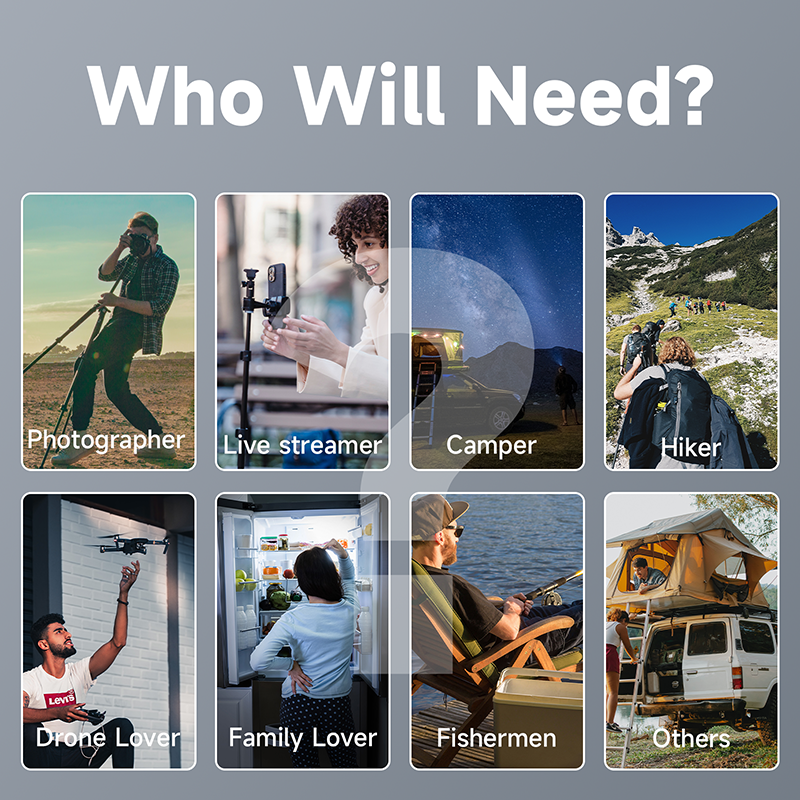 The RUNHOOD power station is a versatile portable power station that lets you switch out its battery modules when you run out of power. This means you can go longer without recharging, as it comes with two battery modules that can be swapped for extra power. Its dual battery module design means that you can use it in different locations without worrying about durability.

The modular design of the Runhood power station is a significant advantage, not only for its users, but for manufacturers as well. It allows for the addition of additional energy blocks as needed to increase the power output or storage capacity. This allows for more scalable power stations with lower operating costs compared to battery and fuel-driven generators.

The Runhood power station is available with four different modules. These modules include a 324Wh battery bar, different inverter boxes, and charging outlets. The user can choose which of these modules suits them best. The modular design also enables the user to carry only the components that are essential to their needs.

The modular design allows the user to customize the layout and functionality of the power station and to control wirelessly plugged-in devices. The power station can be recharged through a hand crank, a micro-USB cable, or by solar power. It also has a built-in flashlight.

The AC engine 80 is a modular power station with Pure Sine Wave technology. It comes with an LCD screen that displays battery percentage and a brief explanation of how much power it is providing. It can be charged via either a traditional AC port or a solar charger. The MPPT supported solar panel allows the unit to be charged green.

The AC engine provides a pure 110V pure sine wave output of 80W. This unit can be used by itself or with a battery module to form a MINI power station. Its modular design allows for flexibility in different scenarios and allows for easy swapping of modules. Its modularity means that you can replace one module with another without having to recharge the entire unit.

The Runhood power station is equipped with an AC engine that produces 80W of AC voltage. The AC engine can also be used in conjunction with the battery module to form a MINI power station. The modular design allows for a variety of scenarios. Swappable battery modules are rainproof for up to 24 hours, and can be replaced easily.

Another feature that sets the WattAnt portable power station apart is its interchangeable batteries. It can power up to fifteen devices at once. It features two 18-watt USB-A ports and a 40-watt USB-C port. The power station also has four wall outlets (US edition) and six on the International edition. Whether you’re on the go or need to power multiple devices at the same time, the WattAnt will ensure that you’ll never be left without power.

One way to keep your appliances running is to switch out the batteries. The modular design of the RUNHOOD makes swapping batteries simple. This ensures that your appliances remain powered even when you swap out batteries. This is especially useful for long hikes and camping trips where power is in short supply.

The Runhood power station is a modular portable power station. This means you can add or subtract battery modules as needed, and then reinstall them if you run out of juice. The power station also comes with three different interfaces for power delivery. This includes a 324Wh lithium battery bar, MPPT solar charge controllers, and two different inverter boxes.